In Case You Missed This!

SUMMARY OF DEPARTMENT OF LICENSING

Governor Inslee has issued a State of Emergency Proclamation (20-27) in relation to suspending the delay effective date (October 1, 2020) of RCW 42.45.280, which was added to the Revised Uniform Law on Notarial Acts (“RULONA”) [SB 5641, 2019 c 154 s 1], a law administered by the Department of Licensing. By operation of law, the Governor’s Proclamation made RCW 42.45.280 with respect to “remote notarial acts” by electronic means effective immediately, subject to required rulemaking. Although the Proclamation is itself effective for only 30 days from March 27, 2020 until midnight April 26, 2020), it may be extended by a written agreement of the Legislature’s Leadership until such as the Legislature convenes and makes a further extension by concurrent resolution. Note again that without a state of emergency proclamation in effect, RCW 42.45.280 will be in effect anyway as of October 1, 2020. 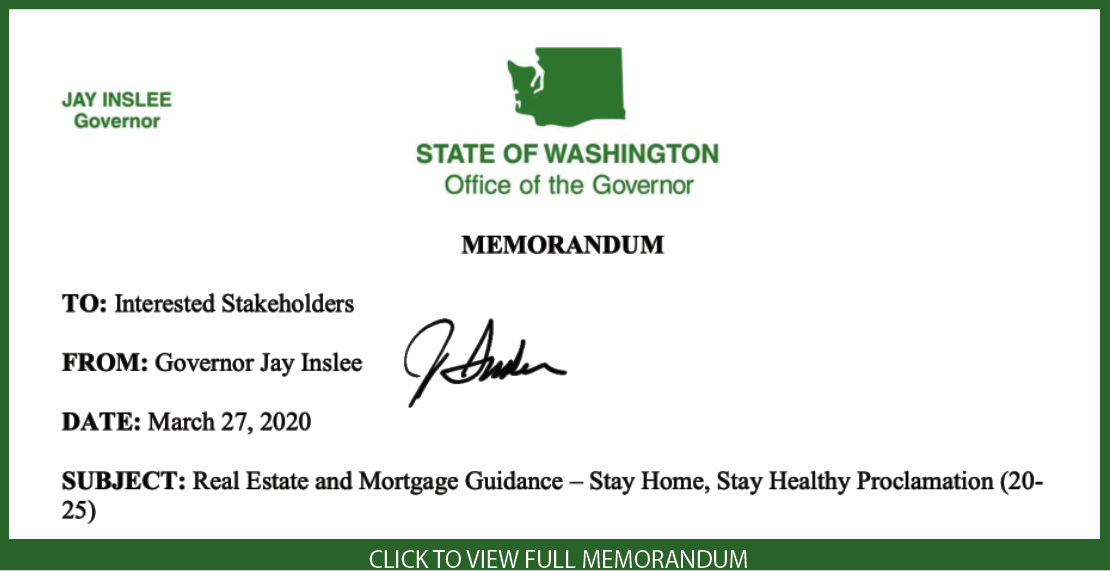 Colorado has become the latest state to authorize the use of digital driver’s licenses and identity cards. But Notaries in the other 49 states and the District of Columbia may encounter signers from the Centennial State who present an ID on their cell phones rather than a physical ID. If this happens, is it acceptable as proper identification for a notarization? (Click Here for the Full Article)

Your Escrow Association of Washington wrote in support of LPO Board Chairwoman, Shelley Miner’s position opposing the Washington State Bar Association’s recommendation that the fee be raised more than 400%.  Calling the new proposed fee of $453, “unreasonable and financially unnecessary,” and acknowledging that the fees had not been adjusted for a number of years, Chairwoman Miner’s letter to the WSBA instead endorsed the Bar’s own Budget and Audit Committee recommendation that the fee increase to $200. Click here to read the LPB’s entire letter in opposition.

Not receiving the weekly “In Case You Missed This!” communication? If you are using your work email to receive correspondence from us, it is likely that your company’s security settings are rejecting incoming emails. Please contact us at administrator@e-a-w.org or call 253-445-3576 to provide us with an alternate email.

There are no upcoming events at this time.